“We have had nothing but positive feedback from teachers and students since seeing the program this morning. We appreciated how engaging the program was and what a wonderful job you did at keeping the students attention, all while delivering a very important message. Thank you for visiting our school and we’re already planning a time to have you come back for one of your other programs!”
J. Parker, Austin Elementary

What is the Secret Agent Magic Show?

The James Wand Secret Agent Magic Show is the #1 school assembly show in America! This is the assembly show for schools and libraries that packs powerful educational content into a fast-paced 45-minute show.

Over one million children have enjoyed the exciting magic and hilarious tales of James Wand’s top secret adventures. Kids also learn a ton of important information. As one teacher said, “they don’t realize how much they are learning, because they are laughing and having fun!”

If you are looking to book an amazing school assembly performer, contact us today to check for available dates in your area – contact James Wand! 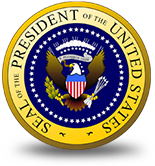 A Letter from the President…

“Thank you for coming to the White House and especially for entertaining the children and their adult guests. Your engaging performance delighted everyone and helped create happy memories. We appreciate your participation in a unique and longtime White House tradition.”
President George W. Bush and First Lady Laura Bush

“I wish all educational entertainment was THIS entertaining.”
A. Taylor, The Eisemann Center for Performing Arts

“Everyone loved James Wand! From our youngest starry eyed kindergarten to our oldest 5th grader. Mr. Munton’s performance wrapped a very important message in a very entertaining package. We will certainly invite him again. He was punctual, professional and brought everything he needed with him. The perfect program for red ribbon week!”
G. McWaters, Elliott Elementary

“James Wand was AMAZING! Our school, RJE, had him visit us today and my ears are still ringing from all the laughter of our Johnson Jaguars! He smoothly got the point of cyber safety across with the use of his talent for humor. I also love how he was able to dismiss the kids from the assembly all by himself in a quiet and respectful manner and he even put a plug in there for our PTA without us even asking him to do so. Hah! I totally recommend him for your next assembly!”
A. Taylor, Reuben Johnson Elementary

The James Wand Secret Agent Magic Show has appeared at elementary schools and libraries all over Texas. Discounts are available when you block book two or more schools together.

Click one of the top secret link below for more information:

For more information about all of our wonderful programs, please call our office today at 214-546-5769 or click the big button below to send a top secret message!